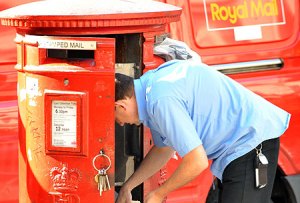 At a national level I would say the strike was very strong. It is hard to say the whole picture from the one location where I work, but judging by Royal Mail Chat [a web forum] — even if the people on there are more militant than average — there were no signs that it was losing momentum. In London there was perhaps a certain tiredness after eighteen weeks of strike action but not such that it was close to exhaustion. At no time did the union claim that they were calling off the action because they were losing people – Royal Mail management claimed that 25% of people were not on strike, but those were fiddled figures given that in that number they included managers and people on holiday, rest day or sick…

Do you think it would have been possible to mobilise people for more ongoing strikes?

In London we had a long series of one-day strikes, and in the ballot the union never raised the question of an overtime ban. People working overtime did in a sense weaken the effectiveness of the strike, but also it allowed less strong people to make up for losing a day. Certainly, however, I found agreement from others when I suggested that one day a week was not enough to defeat management, and indeed there is the question of what people had already invested in the strike: the amount of days’ pay they lost over the course of the dispute meant that they needed to get something worthwhile from it.

Indeed, towards the end of the dispute the union planned to have two days effectively in a row on strike — a Friday and then the following Monday — which did represent some level of escalation. But that was never put to the test.

What were the motivations behind the deal?

There has been a lot of talk of ‘betrayal’ and ‘sell-out’, but if you look at what the union said it wanted to do, it was always to accept modernisation but to negotiate the terms. In the union’s own “realistic” perspectives, the main objective was to get back to negotiation, and they will be happy to do so. Of course, although we were indeed told that that was what we were striking for, that’s not what people really thought it was about: when you’re on strike you naturally want to gain something from it.

The London Divisional reps are perhaps not so happy with what the national strike has done for us, and that is one of the reasons behind the measure in the deal allowing for a review, every two weeks, of the postponement of the strike, dependent on the good faith of Royal Mail in negotiations and them not bossing people about too much at work. London reps might have been unhappy with the deal otherwise, and indeed the interim deal was not released to them in advance, only the section referring to the review. When we went back to work on the Friday that was the one thing they could tell us – they said whatever we’d seen in the media the strike was not over and the ballot is still live.

However I would be sceptical of there being any further  strikes before Christmas, management will seek to avoid too much provocation and it would be a big loss of face for Dave Ward [CWU deputy general secretary] to announce a deal then take us out on strike again. I think the review element is to make themselves feel better about it, but the deal looks bad because Royal Mail were not defeated: right until the end they were very aggressive, calling on us to scab and publishing an open letter claiming the union couldn’t say what the strike was about. That reflected the reality that it was vague, on the terrain of ‘what kind of modernisation?’ rather than standing up for members’ terms and conditions.

Could it be said that the deal is a success in that the union has gained a stay of execution from a management determined to break it?

That’s a hard one to tell. The union often portrayed this strike as management out to force the union out of the workplace rather than just forcing it to accept different terms and conditions, and they wanted to preserve the requirement that management should have to discuss any changes with the union. There’s two ways to look at it: this could be sold as a compromise, even if management might have got all they wanted to get anyway, but in a certain sense the union has succeeded. It remains to be seen what comes from the talks.

How do you perceive workers’ level of satisfaction with the deal, and what is the likely consequence of that?

There is a great deal of dissatisfaction, expressed on Royal Mail Chat and the office where I work, but the real question is whether this is just anger or whether anything will come of it. As I say, negotiations are what the union had said they were fighting for, and there does not seem to be any push from the lower levels of the union itself, nor the union at local level, to continue with unofficial actions. The advantage for the leadership is that they can get reports in from across the country and gauge the level of support for continuing action — we cannot be sure how they use that information, but given they have that kind of overview it would be quite a daring move to be seen to go beyond the union in that way and I do not see any moves in that direction. One way in which anger expresses itself is that some people said that, after the 2007 strike, if the same thing happened again this time then they would leave the union. But leaving is only a very individualistic way of reacting to the outcome.

The left often talks of the need for the rank and file to take control of the strike: but to what extent does a rank and file versus bureaucracy dynamic really exist?

Firstly there is the question of what you mean by rank-and-file, since it could just mean the lower levels of the union and the shop stewards, or else the ‘ordinary’ workers, among whom there are also different layers of militancy and involvement in the union. There are also stronger areas, including London. But what you don’t see at the moment is any rank-and-file which is properly constituted as such and calls itself that.

In the past there has been discontent at right-wing leaderships but even when that did exist it did not show itself at the level of a rank-and-file movement. There have been unofficial strikes and criticism of right-wing leaders, including those who start off on the left, and their displacement, but this then leads to the election of another left leader, and the same process repeats itself again…

Are further strikes likely after Christmas, and will Royal Mail attacks continue?

There will be further attacks by Royal Mail, as they have already said they are going to do, but the question is whether the union can come to an agreement with it over those attacks and its own role. For sure, having organised and then called off a national strike, the union will be humiliated if it has to admit that its strategy failed and we have to go back to strike action again — people will ask, ‘what the fuck did they call it off for?’

Also, the outcome of the dispute is not seen as a defeat by the membership, and that is perhaps something Royal Mail need to carry out their plans. It depends on what level of modernisation they really need: if they’re out to smash both our legs and only get one, they may be content with that.

There is also the matter of the next government in 2010, with the Conservatives giving every indication that it is their intention to privatise Royal Mail entirely. The demands of capital to casualise and sell off the service may be to such an extent that the union has no choice but to react and preserve itself and then we will see further strikes: even if at the current time from the workers’ point of view we can say the union is failing to adopt the right strategy to defend jobs and the service, from the union’s perspective it also makes sense to do what it can to defend itself.