Many postal workers and their supporters were left disgusted and disbelieving on Bonfire Night. Billy Hayes and his Communication Workers Union executive had unanimously voted to sabotage a series of strikes which enjoyed widespread support, and guaranteed there would be no strikes until after Christmas. What’s more, they had gained nothing concrete in return. When the new year comes around, Royal Mail will still be looking to make thousands of workers redundant, and attack the conditions of those that remain. In the meantime, posties are already facing a meagre festive period, having lost hundreds and even thousands of pounds in wages on the picket lines. 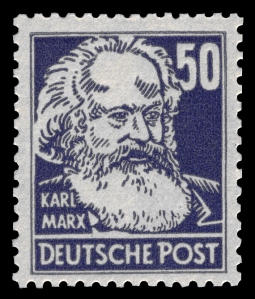 A message on the ‘I Support the Postal Workers!’ Facebook group summed up the thoughts and feelings of many:
“All the postal workers in Stevenage are furious at the strike being called off. They feel that Royal Mail have got what they wanted eg mail being delivered for Xmas. As soon as Xmas is out of the way Royal Mail will be pushing the changes through and not giving a stuff about the workers. Some feel that they have lost wages for nothing.”

But if Hayes and his team of bureaucrat fat cats had done anything other than cave in to Royal Mail demands, I’d have been forced to examine my whole outlook on life. Yes, I was disgusted, but very far from disbelieving. Of course, that’s all very easy to say with the benefit of hindsight, but then I warned that posties were “…lined up against Royal Mail bosses, the Labour government, and the leaders of their own Communication Workers Union” on October 25th, ten days before the ‘interim deal’ was announced.

So what is it that makes me so annoyingly good (annoying to myself, that is) at predicting political developments? Well, it’s a tool called ‘historical materialism’, which is the philosophical basis of Marxist thinking. If you want, you can go off and Google how Marx stood Hegel’s dialectic on its head, but for my purposes here, I’ll quote Marx from The Holy Family, which I think neatly summarises his view of how historical events unfold:

That is the quote, in all its simple glory. People can best be understood as pursuing “their ends”, their material interests. The appreciation of this idea sets Marxism apart from the opportunism of pseudo-leftists, the ‘moral’ pleading of liberal pressure groups, and the utopian anti-authoritarianism of certain anarchist strains.

Once I grasped it however many years ago, this ideology-free way of looking at the world seemed like a kind of uncommon ‘common sense’. It follows from this theory that the CWU executive decided to end the strike not because they really think “workers will get real benefits from the modernisation of the business”, but because they believed it would be in their own individual best interests. As a Marxist, I learned to mentally put myself in the shoes of the protagonists – as a detective might – examining the way social forces impact on the choices open to people, and the way the “pursuit of their ends” leads them to make certain choices.

Let’s take Billy Hayes then, suspected of crimes against the postal workers he claims to represent. The first thing to note is that he no longer sorts or delivers post. His job – which puts (presumably high quality) food on his table and (presumably expensive) clothes on his back – is to be the general secretary of the Communication Workers Union. He is very well rewarded for this, receiving a pay package worth £97,647 last year, many times the salary of the average postie. But he faces conflicting pressures. On the one side, his membership are angry about attacks on their jobs, pay and conditions. They want a better deal for themselves, and could even throw Hayes out of his lucrative position come CWU election time in April. One the other side, Royal Mail bosses are teamed up with the government, who want to sell off the company, and need to impose those attacks on jobs, pay and conditions to make it attractive to potential buyers. Big business wants Labour to intimidate the working class as a whole, because it is aware that massive cuts must come after the next election, to balance the books of UK PLC, which is deep in the red after the bank bailouts. For Hayes, another factor is the alliances he will have made with the powerful during his period in office. Many compliant union bureaucrats have been rewarded with titles and House of Lords seats in the past, for example.

Over the past three and a half decades, as hyper-globalisation and profit crises have brought neoliberal governments into power around the world, trade union bosses have everywhere followed this march to the right. Owing their privileges to their role as industrial cops – helping the state to beat down their membership’s living standards – they fear rank and file working class solidarity far more than they fear the capitalist class. From this perspective, it was inevitable that the CWU executive would want to throttle a strike movement that was receiving significant popular support, just when all 120,000 CWU members were set to walk out together for the first time.

What then of the leading left parties – the Socialist Workers Party and the Socialist Party – both of whom sometimes claim to be Marxist, in favour of working class revolution? How have they reacted to Hayes’ betrayal?

The SWP were mildly critical of the strike suspension. Yuri Prasad’s 7th November article argued that it was a poor tactical move, with a huge post backlog having built up, and Christmas on the way. Prasad also claimed that “There is no reason for the CWU to have signed up to such an agreement”. This statement clearly abandons Marxist analysis (did the CWU ‘randomly’ sign the agreement then?), and is designed to cover up the real role that union bureaucracies play in controlling their membership. Prasad dared not try to explain why a prominent SWP member voted for the agreement. Instead, the piece meekly called on rank and filers to keep “arguing hard for the return of national action” (i.e. exclusively within the confines of the current union structure). Three weeks later, Loftus resigned the party.

The Socialist Party’s position on this strike is even more reactionary. In their 11th November lead article ‘Postal workers force management back’, the Socialist Party declared that the deal “does allow the CWU to regain some element of trade union control in the workplace and therefore does push back the attacks of the bosses.” It offered no evidence to back this up, but lionised the bureaucrats as heroic leaders:

“The job of leadership is to know when to advance and when to retreat. In the postal workers’ case it was clear that it was the bosses who were in retreat. But also what has to be taken into account is the readiness of your own troops to continue to advance as well. Many postal workers were looking to Christmas as time to be with their families and to have a well earned rest.”

In other words, the deal was the absolute best that could be won, given the postal workers’ lack of willingness to fight on. This turns reality upside down.

Even more tellingly, the editorial put particular emphasis on the parts of the agreement that speak of unions playing a further part in the ‘modernisation’ process’:

“This issue of trade union ‘control’ is important,” the article continues. “It lies at the heart of the battle in the postal workplace. It means the difference between the workers having some form of protection against a bullying management and none at all.” This is the CWU bureaucracy that has already overseen the imposition of a pay freeze, over fifty thousand job losses in the last seven years, the raising of the retirement age to sixty-five, and now an effective strike ban. The very bureaucracy which, according to the deputy general secretary’s recent comments in the Guardian, wants to hold elections less frequently, so they are no longer in “perpetual election mode” – i.e. have to pretend to be concerned with members’ interests. Yet their possible control of workplace structures is something to celebrate?

Given that both the SWP and SP leaderships pursue strategies of integrating their members into union bureaucracies (the SP have two people on the engineering section of the CWU executive, neither of whom have publicly spoken on the deal), their betrayal of postal workers’ interests is not a shock. But it’s not necessarily any fun being right the whole time, especially when you’re right about how your team is losing.

No, Marxists use dialectics to argue and plan for a workers’ movement worthy of the name, and ultimately for communism from below, because they know that no-one else could make revolution for us, no matter who they say they stand for.

“The philosophers have only interpreted the world…”, Marx wrote in 1845. “The point, however, is to change it.” Marxist analysis can help us do just that.