According to research by the Independent newspaper, 20,000 council workers throughout England, Scotland and Wales face redundancy as forward planning for drastic government cuts take effect. Whatever the outcome of the general election the public sector will face austerity job cuts, cuts in services and attacks on terms and conditions. 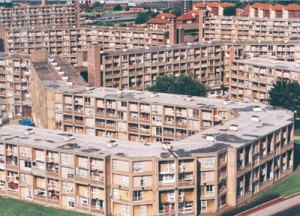 Sheffield Council is one of local authorities identified where jobs are threatened. The director of Sheffield Homes, the council’s housing service has raised the spectre of at least forty job cuts in the financial year 2010/11 with more to follow. Over two hundred jobs have been lost in housing in the last few years. A recruitment freeze has been in place for some time. The council is the largest employer in the city so local unemployment is rising.

But if the planning for job cuts is coming from the New Labour government, so are the tactics for dealing with the unions. The regional and local officials of the GMB and and UNISON were told by the director of Sheffield Homes that the modern way to consult was a management online survey of staff. This completely bypassed the machinery of consultation and negotiation procedure with the trade unions, which is a legal requirement. It was not surprising then that the UNISON area officer backed up a housing steward’s call for a mass meeting, which had faced some hesitation and doubts.

The mass meeting was called as a joint meeting with all the unions UNITE, UNISON and GMB. This had its strong side in terms of a chance for a collective expression of opposition to cuts right across the union divide, but because it was outside the constitutional structure of each individual union no motion could be taken on action. About half of Sheffield Homes’ staff  – of a little over 1,000 – turned out for the lunchtime meeting in the Grand City Hall meeting room, and more came to the early evening meeting.

A local GMB official saw the meeting as a meeting where members would listen to the regional officers and then go back to work. He told the meeting how privileged they were to have the presence of the regional officers. Once the union leaders had spoken, he tried to gag the meeting by insisting there could be no speeches,only brief questions. He also kept stating that if anyone wanted to go back to work they could. No one accepted his invitation. The housing steward whose motion had initiated the motion then defied the restriction on speeches by making a speech emphasising collective strengh in numbers as opposed to the lack of influence and clout of individuals in the online survey: basic trade union points.

Once the meeting warmed up the mood became surprisingly militant. It took a while for the mood to develop since most people were not used to union meetings since very few are called. But this mood will be sqaundered if the individual unions do not follow up with further meeting focused on action. Any feeling for action will come up against ballots and the long drawn out frustration of that process that usually takes the bureaucracy many weeks to organise even if they do not deliberately block attempts at strike action. Moreover, any attempts at strike action are undermined by the privatisation of key services such as Housing Benefits (run by Capita).

The latest position is that senior management – the twelve people who earn more than £50,000 a year – are now “redesigning” the service. This is not good news for council tenants or the thousands of people registered with the council looking for affordable rented housing.