The next of The Commune’s London public meetings on the themes of the election will be looking at unemployment. We will be discussing not only redundancies caused by the current crisis but also the role of the unemployed in capitalist society. Do we demand ‘the right to work’, and how can we organise against attacks on benefits claimants? 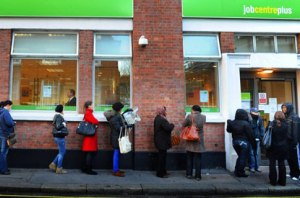 The discussion will be led off by Sean Bonney (The Commune) and Christine Hulme (PCS union, Department for Work and Pensions). The meeting takes place from 7pm on Monday 12th April at the Artillery Arms, 102 Bunhill Row, near Old Street.
Email uncaptiveminds@gmail.com for more info. See here for a map of the venue.