As Diane Abbott wins sufficient nominations to stand for Labour Party leader, Taimour Lay looks at her and her party’s credentials.

What use is a ”broad church” when the pews are empty, the foundations are subsiding and the high priests at altar turn their backs on any shout of dissent? The Labour leadership election, far from being ”saved” by the  inclusion of Diane Abbott, has merely continued to go to form – token ‘left’ candidate takes on four former cabinet ministers of varying degrees of conservatism, ”enlivens” the hustings with some maverick, contrarian and media-populist rhetoric before the vote concludes with a Miliband, Balls or Burnham promising to lead Labour back to ”electability”. 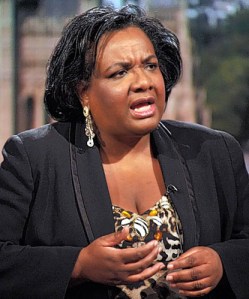 Abbott’s candidacy is theatre designed by the New Labour establishment to present a democratic, inclusive party. For misguided Bennites, it’s also part of their message: come home to Labour, disillusioned socialists, in opposition we will rebuild and steer the party left.

Not that Abbott can even be described a socialist, of course. Her ‘rebellious’ parliamentary career has been characterised by an easy outspokenness on civil liberties issues but also support for Tube privatisation and as MP for Hackney North and Stoke Newington, resolute inaction on the housing crisis and a single-minded focus on bantering with Michael Portillo on the BBC. Now she has taken the chance to undermine John McDonnell’s attempt to garner enough nominations to stand, wilfully and cheerfully oblivious to the fact that she got to the magic number 33 only through the support of fellow hopeful David Miliband. The cosy club of contenders wanted her in. Her reward? The shadow cabinet or a run for London mayor come 2012.

McDonnell failed to gain the nominations he needed to stand precisely because he represented – if not a threat – at least a genuine, principled critique within the Parliamentary Labour Party. His commitment to strikes, migrant worker struggles and organising in London led some in The Commune to advocate support for his General Election campaign. But support for his re-election on the back of his record as an MP and socialist – reformist or otherwise – is different to contending that a McDonnell-led Labour party would have been the answer to the the political and economic attacks being made by the government right now. The fallacy of Labour’s broad church applies just as much to him. His candidacy, though it would have been less ”token” than Abbott’s in providing a genuine alternative, was as doomed as hers. He sits in the same set of pews – the Campaign group of MPs – but as an isolated member of the congregation, tolerated only to the extent that internal party structures can be used to nullify the strand of heretical labourism he represents.

The result of the electoral college of MPs, Unions and Constituency Labour Parties will be announced in September. However strong Abbott’s showing as the mythical candidate of the left, the leadership and shadow cabinet choir, as usual, will all be singing from the same hymn sheet. As with the general election, the real work needs to start outside and beyond the anti-democratic institutions that call for our own token participation in their rule.

One thought on “what use an abbott in a ‘broad church’?”