Our next public forum in London will be a meeting held jointly with Marxist-Humanist Initiative. 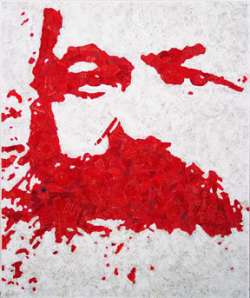 Andrew Kliman, “The Transformation of Capitalism into Communism in the Critique of the Gotha Program.” Kliman is author of Reclaiming Marx’s “Capital”: A refutation of the myth of inconsistency.

Anne Jaclard, “You Can’t Change the Mode of Production with a Political Agenda.” Jaclard is National Secretary of Marxist-Humanist Initiative and a long-time activist and writer in support of women’s movements and international solidarity movements.

How exactly must the economic forces and social relations that dominate our lives today be changed so as to establish a real and sustainable alternative? Kliman and Jaclard will argue that Marx was not only a theorist of capitalism, but a theorist of a new society, and that the time has come to develop his theory, instead of repeating abstractions about an imagined future. They will employ Marx’s theory of a future communist society in order to analyze what features of present-day society are specific to capitalism and what must therefore be uprooted and transcended in order to lay the foundation for a world that no longer operates for the sake of producing “value.”

The speakers represent Marxist-Humanist Initiative, a new Marxist-Humanist organization based in the U.S that has made the development of Marx’s theory of communist society central to its tasks. It does not claim to have the answers. Rather, it argues for the need to first specify the right questions and gain theoretical clarity about capitalism and the new society. This work challenges the Left to stop relying on generalities, purely political “solutions,” and wishful thinking, all of which create a theoretical void that gets filled by wasted efforts to reform the current system.

2 thoughts on “what must be changed in order to transcend capitalism?”