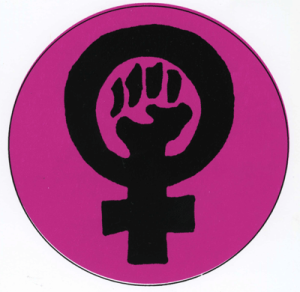 Earlier this month, a group of about a dozen activists met in the Liverpool Social Centre to talk about the problem of sexism in activism. The event was organised by Angry Women Of Liverpool (AWOL), following a recent discussion of the everyday difficulties women face in groups across the left. But over the past few weeks, the issue has been pushed very much to the forefront locally, due to a number of misogynistic incidents in and around the Liverpool activist ‘scene’. This session was therefore called to discuss exactly why sexism is endemic in groups avowedly committed to equality for all.

As the meeting began, we all introduced ourselves and the organisations we were a part of, before naming women who inspire us. We were then asked to think about the gender balance within our organisations, and we discussed some ideas about what factors might play into the large male to female ratio prevalent in almost all (the notable exceptions being AWOL itself and the News From Nowhere women’s cooperative).

Practical considerations such as childcare arrangements were raised, with two women reporting they had met with strong disapproval for bringing their children to some activist events. The accessibility of activist meetings was also broached, in terms of both location and of timing. But perhaps a larger role was ascribed to a sexist “organisational culture” amongst men in activism, and even “internalised misogyny” amongst some women.

We then had a Powerpoint presentation about definitions and terms (labelled “Feminism For Dummies” by one woman), and a list of organisations ostensibly there to assist survivors of domestic abuse was displayed. At this point, a woman declared that she was a survivor, and spoke in some harrowing detail about the way this group had “policed” her, even going so far as to try and bully her into silence and compliance with the organisation’s favoured process. She had been particularly badly treated when she had tried to bring up the intersectionality of sexism with social class and other multipliers. The point was made that even where there are groups which do genuinely support survivors, they are facing huge cuts as a result of the government’s austerity onslaught. There was a suggestion that a new activist approach to survivor support may be needed in the near future.

‘Spot the sexism’ was the next section, as the group picked apart the various ‘sexist scenarios’ and determined where they went wrong. Even more crucially however, the question of what could be done to challenge such behaviour was aired.

As the meeting ended, the atmosphere was heavy. We had been intensively debating a dark subject for four hours, and they had taken their toll. True, a kind of group solidarity had grown up through this sharing and general agreement, but what about all the people who weren’t there? Even amongst Liverpool activism, never mind the city, there was a feeling that – as someone put it – we’d been “preaching to the choir”.

There was talk of having a ‘part two’ very soon, because we didn’t have time to get through all the material which had been prepared. And AWOL will be working on procedures built around the concept of ‘safer spaces’, by which those who run the social centre can disassociate themselves from offenders. But still, there was an acknowledgement that there are a sizeable minority within Liverpool activism who have refused to meaningfully engage with AWOL over the last few months. This is seriously damaging their own credibility as activists, and also damaging Liverpool activism as a whole, because women in particular are being severely disincentivised to fully take part. And ultimately, the only winners from that are in the ruling elite oppressing us all.

The past few months have been extremely hard for many Liverpool activists, and sometimes the sheer enormity of a task can make it seem not worth attempting. But unless we are to stop being activists, we cannot walk away from this struggle. Sexism and misogyny within local activism must be certainly challenged, and finally wiped out.

I will be calling a men’s meeting to discuss this issue over the next few weeks.

View all posts by Mark