A ‘Palestinian Spring’ was declared by Mahmoud Abbas in his request to the UN to recognise full Palestinian statehood, but it looks quite different to the revolutions across the Arab world that he was alluding to. Rather than the victory of a people over the machinery of a totalitarian state, the ‘Palestinian spring’ may prove to be just the latest example of Palestinian hope for liberation being used as a political football. Whether statehood would be a ‘good thing’ for Palestine is tough to predict. 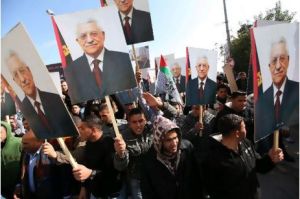 What statehood would mean for Palestinians in the West Bank and Gaza is unclear, what advantages it would bring even less so. The theory is that it would grant Palestine more leverage in future peace negotiations; the talks would be between two recognised states, and the Palestinians would be able to both show that Israel is occupying a sovereign state and have recourse to the international criminal court. This doubtless fuels Israeli (and therefore American) opposition to the bid, but there are further complexities. END_OF_DOCUMENT_TOKEN_TO_BE_REPLACED

Adam Ford writes on the wave of protest sweeping across Israel, where hundreds of thousands of people are standing up to high rents and low wages

In years to come, the entry of the Israeli working class into independent action may well be seen as a pivotal moment in world history. While the ‘Arab Spring‘ has seen governments toppled in Tunisia and Egypt, another key US ally now finds itself confronted by its masses – and the event raises the objective possibility of class alliances stretching across Egypt, into Israel, and even into what remains of Palestine.

Rent protests began two weeks ago, in response to an average 27% rise in rents over the last three years – far in excess of wage rises. Protest camps have been erected throughout the country – from the salubrious Tel Aviv’s Rothschild Boulevard to cheaper but just as unaffordable areas in Jerusalem and at least twenty-five towns. END_OF_DOCUMENT_TOKEN_TO_BE_REPLACED

Adam Ford responds to a debate in our paper.

In issue 15 of The Commune, Greg Brown made his case for supporting the boycott of Israeli goods, as well as the campaign for divestment and sanctions against the Zionist state. I decided to take up the challenge and sketch a counter-argument, partly because I’d long felt ‘instinctively’ opposed to it, and wanted to work out exactly why.

After pondering the comrade’s article for a while, I realised the fundamental reason I’m not in Greg’s camp on this one. For me, an essential part of being a communist is the belief that working class unity is the only way to finally overcome the special oppressions suffered by many around the world. Women are generally more oppressed than men, for example, and dark skinned people are generally more oppressed than light skinned people, but patriarchal and racist structures are the products of material conditions – i.e. they exist because they benefit the ruling class. The character of gender oppression has changed as ruling classes has adapted to economic changes, and the same can be said of race oppression. END_OF_DOCUMENT_TOKEN_TO_BE_REPLACED

Here we publish one activist’s contribution to the ongoing left debate over the proposed academic boycott of Israel. We welcome further letters and articles: on this topic: email us at uncaptiveminds@gmail.com or comment online.

Following the recent assault by the IDF on the Free Gaza Flotilla carrying 10,000 tonnes of aid to Gaza, people have been reminded that the Israeli-Palestinian “conflict” has continued while our concentration drifted elsewhere.

Thus re-emerges a debate among activists as to how the “left” should respond – should we support the Palestinian call for Boycott, Divestment, and Sanctions? END_OF_DOCUMENT_TOKEN_TO_BE_REPLACED

The Commune spoke to Fintan Lane, an Irish solidarity activist who was part of the recent Gaza aid flotilla attacked by Israeli commandos.

What led you to join the flotilla? Have been involved in activism related to Palestine before?

I’ve been involved in leftist activism for many years and in anti-war activism, in particular, in the past decade. Palestine solidarity work has always been an element of my activism but it’s taken centre-stage since the Israeli massacre in Gaza in 2008-9. I’m a member of the National Committee of the Ireland-Palestine Solidarity Campaign (IPSC). END_OF_DOCUMENT_TOKEN_TO_BE_REPLACED

Reflecting on the recent Israeli aggression against the Mavi Marmara and the feckless impunity with which this country spreads terror in its region, I thought that most commentaries limited themselves to the obvious but fell short of the most important conclusion.

Everyone knows that Jews were the victims of great persecution, the Nazis making anti-semitism one of their main ideological bases. From the first day of his regime Hitler persecuted Jews and during the Second World War attempted to exterminate them. It is also widely known that the  State of Israel inflicts suffering on the Palestinians, dispossessing them and subjecting them to a system of terror beyond even what the South African racists could achieve in the Apartheid era. Between these two moments: Jews as victims and Israel as aggressor, there is not a contradiction but rather a logical nexus, which this article seeks to explain.

END_OF_DOCUMENT_TOKEN_TO_BE_REPLACED

The attack by the Israeli military in general received the support of the majority of the Israeli public. This is not a shock because also the Gaza War (2009) and the Lebanon War (2006) received similar backing. However the difference is that the minority opposed to the attack on the Flotilla is much larger and, even better far more politically active in opposing the government.

In general the Israeli Communist Party, Anarchists and Arab Nationalists oppose with street action and protest the immoral actions of the IDF.  However, significantly, the Social Democratic Party (Meretz), Peace Now and a number of NGOs decided to finally – for possibly the first time in history – protest against the actions of the State. END_OF_DOCUMENT_TOKEN_TO_BE_REPLACED

Since Hamas was first established as an Islamic political movement within Palestinian society in December 1987 the leftist movement in Palestine has gradually come to be fragmented, and seems to be losing its popular constituency.

My own background as a women’s activist belonging to the PFLP from the 1980s until the mid-1990s leads me to argue that leftist parties and their popular grassroots organisations developed historically from incoherent ideological underpinnings, and that this has critically constrained their influence on Palestinians’ own systems of values and beliefs. END_OF_DOCUMENT_TOKEN_TO_BE_REPLACED

Many people were inside the houses we demolished. They would come out of the houses we were working on. I didn’t see, with my own eyes, people dying under the blade of the D-9; and I didn’t see houses falling down on live people. But if there were any, I wouldn’t care at all. I am sure people died inside these houses, but it was difficult to see, there was lots of dust everywhere, and we worked a lot at night. I found joy with every house that came down, because I knew they didn’t mind dying, but they cared for their homes. If you knocked down a house, you buried 40 or 50 people for generations…
– Moshe “Kurdi Bear” Nissim, D-9 bulldozer operator during the 2002 Jenin invasion

Seven years ago today, roughly a year after the Jenin invasion described above, Rachel Corrie – an American volunteer with the International Solidarity Movement – was crushed to death by a 50 ton D9 military bulldozer in the Gaza strip.  Last week (10th March), Rachel’s parents had their first day in an Israeli court, in an effort to compel the state to accept culpability for Rachel’s killing.  At the time, in 2003, a witness described her killing like this.
END_OF_DOCUMENT_TOKEN_TO_BE_REPLACED

by Mark Harrison (originally written for Manchester Stop the War)

“What do I want from this life? What makes you happy is not enough. All the things that satisfy our instincts only satisfy the animal in us. I want to be proud of myself. I want more. I want to look up to myself and when I die, I want to smile because of the things I have done, not cry for the things I haven’t done.”
Tom Hurndall (2000)

Twenty years after the fall of the Berlin Wall, in the town of Qalandiya in the occupied West Bank, a group of masked activists used a lorry to pull down a two meter cement block from the Israeli separation barrier before Israeli security forces confronted them with tear gas grenades.(1) END_OF_DOCUMENT_TOKEN_TO_BE_REPLACED

The next of The Commune’s London ‘uncaptive minds’ forums will take place on Monday May 11th.

As well as characterising modern-day imperialism and specific struggles, we will be discussing  such questions as – why do we prioritise campaigning about certain national oppressions over others?; why are the tactics of the Stop the War Coalition so conservative, and how can we overcome them?; what is the relationship between international solidarity and our critical distance from particular national movements?

Speakers include the Israeli socialist Moshé Machover, a speaker from the Tamil cause and an activist involved in an anti-capitalist caucus in the Gaza solidarity movement.

The meeting will take place from 7pm on the 11th at the Plough, on Museum St, near Tottenham Court Road tube. END_OF_DOCUMENT_TOKEN_TO_BE_REPLACED

To understand the real context of the Israeli-Palestinian conflict it is necessary to cut through the forest of propaganda, distortion and censorship of the mass media, and through misconceptions, ignorance and indifference of the public. The latest carnage clearly illustrates this. On the one side, hypocritical pro-Israeli positions dominate in the Western countries (particularly in the USA), whereas on the other side the discourse is dominated by the fundamentalist Islamist thought pattern, joined in by some inconsistent leftists, according to which the “enemy of my enemy is – automatically – my friend”. What are the mental pointers for us escapees and renegades from such a brutalising discourse, for those among us who want to establish a humanist basis for facing the challenge of peace in the Middle East? END_OF_DOCUMENT_TOKEN_TO_BE_REPLACED

When students at the School of Oriental and African Studies (SOAS) in London shut down an on-campus MoD exhibition on January 13, the one-day occupation was seen as both a qualified success and a missed opportunity. But with the atrocities committed in Gaza creating a sense of outrage and urgency among thousands of people, what SOAS activists failed to carry through, other students resolved to achieve.

Two days later the LSE’s Old Theatre was under occupation and a day later Essex University followed. The major ground and air offensive, Operation Cast Lead, ‘ended’ on January 18 but from January 20-22, the second wave of occupations in solidarity with Gaza had begun in earnest: Kings College London, Birmingham, Sussex, Warwick, the London College of Communication, Manchester Met, Oxford, Leeds and Cambridge were all under occupation, communicating formally and informally, sharing tactics, drawing up broadly similar demands and settling in for the long haul. The immediate context of Israeli military aggression had broadened into a critique of the education system’s financial links with Israel and the increasing commercialisation of all aspects of university life. Success in one place emboldened the rest; clampdowns by the authorities generated a discontent that may keep growing. END_OF_DOCUMENT_TOKEN_TO_BE_REPLACED