Climate change rose to the top of the news agenda during the UN Climate Change Conference in Copenhagen, only to be displaced by the cold weather spell now being experienced in the British Isles. No doubt climate sceptics will be pointing to this as proof that global warming is a myth, despite the fact that globally the last decade was the warmest since 1850. Furthermore, the upward trend is unmistakeable. 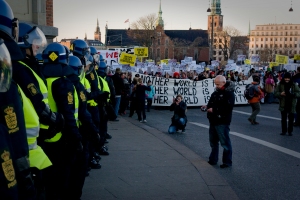 The consequences will have a significant adverse impact on human well-being and the ecology of the planet, which will be exacerbated by social, political and economic inequality. By 2050, increasing areas of the planet will be affected by drought, and water availability will decrease in those areas dependent on melt water from the major mountain ranges which includes one sixth of the world’s population. The Intergovernmental Panel on Climate Change estimate that between 20-30% of plant and animal species will be in danger of extinction if the global temperature exceeds 1.5°C and 2.0°C. Given that the lowest best estimate is a rise of 1.8°C by 2100 this now seems inevitable. While the IPCC predict that there may be some possibility that crop yields may increase in higher latitudes at this temperature range, it is likely to decrease in lower latitudes which will exacerbate food shortages in these regions. END_OF_DOCUMENT_TOKEN_TO_BE_REPLACED 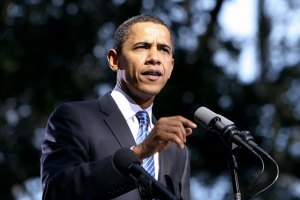 The top-down effort to get to 350 CO2 parts per million has conclusively failed. On the right, Barack Obama’s negotiators argue that the 1997 Kyoto Protocol is excessively binding to the North, and leaves out several major polluters of the South, including China, India, Brazil and South Africa. Hence Obama’s early November promise that he would come to Copenhagen to ‘clinch a deal’ is as hollow as the White House’s support for democracy in Honduras. END_OF_DOCUMENT_TOKEN_TO_BE_REPLACED