Bob Goupillot and Allan Armstrong of the Republican Communist Network (RCN), want to create a new global order. Yet their starting point for a communist transition is a national territorial framework in general, as they acknowledge, and Scotland in particular. They argue that they are not nationalists, but internationalists, with a strategy of internationalism from below, in which small nation nationalism can be transformed into internationalism. This is a  paradox. What is their tactical and strategic standpoint? END_OF_DOCUMENT_TOKEN_TO_BE_REPLACED

Barry Biddulph rejects the notion that Western intervention in Libya has shown the possibility of any new, ethical, or progressive content to imperialism.

The victory of the rebels in Tripoli was seen to be dependent on NATO bombing, western weaponry, special forces, and planning by strategists in Paris, London and Washington. From the start of imperialist intervention in Benghazi, NATO has been bending the rebellion towards imperialist aims to secure a transition to a new regime compatible with western interests. This loss of independence and undermining of the rebellion from below was the reason why communists opposed the intervention and the no-fly zone.

Gilbert Achcar, moralising from the University of London, has argued it was not decent to oppose NATO Intervention and the no fly zone. He condemned the anti-imperialist left for not caring for real people on the ground (‘Popular Rebellion and Imperialist Designs’). The Alliance for Workers Liberty has echoed this denunciation, describing those who opposed imperialist intervention in Libya as morally degenerate. But anti imperialists cannot oppose revolutionaries in the Arab Spring and revolutionaries in general for supporting revolts by unarmed people’s against professional armies in Libya, Syria and elsewhere. Revolutions are violent and even attempts at peaceful revolution, as in Chile in 1970-3 can result in mass killings and defeat. Marx opposed any insurrection in Paris in 1871, but when the commune was crushed , he did not claim the leaders of the Paris Commune were morally responsible for 25,000 deaths. Fighting counter-revolution was an inspiration for the socialist future. END_OF_DOCUMENT_TOKEN_TO_BE_REPLACED

Joe Thorne spent a week in Western Libya during June.

The following is a series of disconnected notes responding to the questions which I am most often asked about my visit, which was an observer of, but not at all a participant in, events.  As a communist returning from a civil war – one which is, in some sense, a revolution, but ultimately no more than a bourgeois one – the most frequent question I’ve been asked is: is there any visible class or political division within the rebel camp?  The blunt answer to this, at least in the West, is: no.

Within Western Libya, the every-day economy is not currently organised in a capitalist way (although by no means a communist one either).   Around 80% of the population have fled to refugee camps in Tunisia, and there are hardly any commercial businesses operating – perhaps a small shop selling cigarettes here and there.  All food is provided by international aid organisations or imported centrally by the rebels, and distributed for free.  Basics, such as petrol, are allocated centrally by the military council.  Hardly anyone works for money now: all those who have stayed are staying to fight, tend to the injured, do media or humanitarian work, or simply – as in the case of many older people – to stay in solidarity with those who are doing those things. END_OF_DOCUMENT_TOKEN_TO_BE_REPLACED

Barry Biddulph replies to a debate on the national question

In the Earth is not Flat (see issue 14), David Broder argued that the aim of getting rid of capitalism by class struggle is too abstract in the face of some forms of nationalism. For David, nationalism which is a reaction to imperialism cannot be sidestepped or simply opposed by communism.

This seems to be the Leninist point about two kinds of nationalism:  those of oppressed, and oppressor nations. A limited extension of popular democracy or the sovereignty of an oppressed nation can be supported. Even so, David does not entirely share the orthodox Leninist position of unconditional support for the self-determination of nations. END_OF_DOCUMENT_TOKEN_TO_BE_REPLACED

Allan Armstrong and David Broder led off the discussion, then we broke down into two groups for open discussion. Click here for Allan’s introduction; workshop reports below. END_OF_DOCUMENT_TOKEN_TO_BE_REPLACED

The next meeting of the Sheffield communist forum takes place from 7pm on Tuesday 11th May at the Rutland Arms, 86 Brown Street, S1 2BS. We will be discussing imperialism today and a communist understanding of national oppression and the character of national liberationist movements. 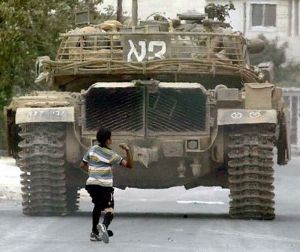 All welcome. The texts listed below may provide an insight to differing views on this issue. Email uncaptiveminds@gmail.com for more details. END_OF_DOCUMENT_TOKEN_TO_BE_REPLACED

The third Manchester Class Struggle Forum will host a discussion on national liberation and internationalism, with a lead off from the World Revolution group.

From the IRA, MPLA and the Viet Minh, to Hezbollah, Hamas and the Tamil Tigers. All these anti-working class groups received support from a number of leftist in the 20th and 21st Centuries. This is not a new phenomenon, at the outbreak of the First World War all members of the ‘Second International’ apart from The Bolsheviks lined up in support of their respective national bourgeoisie. 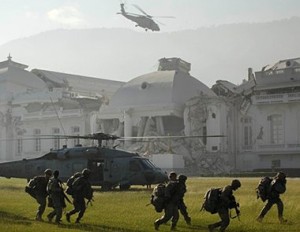 Whilst Blair’s stance is clearly a self-serving attempt at justification for the barbarism that was unleashed on Iraq, the broader argument that Western troops can sometimes be a force for good does have currency for some on the left. END_OF_DOCUMENT_TOKEN_TO_BE_REPLACED

For us, the Haitian people, the earthquake in Port au Prince, on 12 January 2010 hurt deeply. In fact, apart from the destruction of the public buildings most of our neighbourhoods were destroyed. Not surprisingly they are the most fragile and the most unstable: the state never gave them any service, any attention or helped them consolidate. On the contrary, we need to be able to move, so we have neither time nor capacity to be able to consolidate our position from being precarious.

Meanwhile some capitalists are trying to force the workers back to work in damaged factories, owners of large businesses are opposed to distributing their goods and sell them at a high price, the state proves again, as always, by its absence, its incapacity and incompetence (the only thing they do is steal and maneuver, supporting the landlords, the bourgeois and the multinationals), the national police are absent (they only know how to repress the people) and the imperialist forces are clearly taking advantage of the aid they give. They intend to establish a clear and definitive control over factory workers, workers of all kinds and the suffering masses in general, who are extremely dependent, with this disastrous situation. END_OF_DOCUMENT_TOKEN_TO_BE_REPLACED

Although UN troops have been occupying the country for six years, the USA has decided to engage in a second invasion of its own, without even going through the farce of “consulting” previous occupiers. END_OF_DOCUMENT_TOKEN_TO_BE_REPLACED 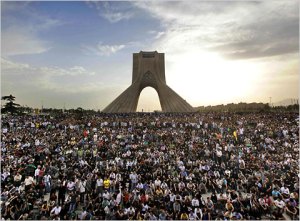 Saturday 28th November saw 50-odd people congregate in central London for the 2009 Annual General Meeting of the Hands Off The People of Iran campaign. Being a internationalist socialist campaign this gave oneself the chance to mix with some of the more principled elements of the British left, from class struggle anarchists to the LRC. END_OF_DOCUMENT_TOKEN_TO_BE_REPLACED

The deterioration of the situation in Afghanistan over the last eighteen months has seen the gradual reassertion of the Taliban’s territorial presence. The widespread fraud, vote rigging, and ballot stuffing of August’s presidential election led to a run off between Hamid Karzai the incumbent and the other main candidate Abdullah Abdullah. This process was a total flop, an embarrassment for the occupying American forces as Abdullah, disputing the possibility of a fair result devoid of fraud, refused to participate further. Hilary Clinton spoke of Abdullah’s decision as “not affecting in any way the legitimacy” of the process: instead Karzai’s second term in office would supposedly further buttress the strength of the constitutional order of Afghanistan in guiding the Afghan people to a ‘brighter future’.   END_OF_DOCUMENT_TOKEN_TO_BE_REPLACED

Videos of the presentations at our recent London forum on modern imperialism are now available at The Commune’s YouTube channel. The speakers at the event were Latin American solidarity activist Andy Higginbottom and Ukrainian Marxist Marko Bojcun. Click here for other videos by The Commune. END_OF_DOCUMENT_TOKEN_TO_BE_REPLACED

The next of our London forums will be looking at modern imperialism. The coming to power of the Obama administration in the United States has led many people to believe that there will be a change in American foreign policy: yet the western military presence in Central Asia and Latin America is set to increase; the Eastern European nuclear defence shield has been abandoned with the aim of securing Russian support against Iran; and the war in Afghanistan continues unabated.

What is the strategy of imperialist domination today? With the rise of China and India, are there one, two or many imperialisms? What forces really challenge imperialism? Join the debate with speakers:

From 7pm on Monday 19th October at the Lucas Arms, Grays Inn Road, near King’s Cross. See below for map, or email uncaptiveminds@gmail.com for more details. END_OF_DOCUMENT_TOKEN_TO_BE_REPLACED