Viewers of the BBC’s Question Time were confronted by many truly repellent outbursts from the platform on 22nd October. The screening – which had generated massive controversy due to the debut appearance of British National Party chairman Nick Griffin – often broke out into shouting and boos as the audience expressed their disgust with Griffin’s barely disguised racism and homophobia. But a significant early comment by another panellist went almost unnoticed amidst all the fury: Jack Straw claimed that Labour and the other ‘mainstream’ parties’ have a “moral compass”. In this article I will examine that claim, look at the ideological role of Question Time, and criticise the tactics of Unite Against Fascism and the Socialist Workers Party.

Since it began in 1979, Question Time has been a centrepiece of the BBC’s political coverage. During that time, it has played a significant role in framing the national policy debate, in determining which views are (and which are not) acceptable as ‘mainstream’. When the programme began, in the early days of Margaret Thatcher’s first Conservative government, there were four panellists – one each from Conservatives, Labour and the Liberals (as the third party were known at the time). The fourth panellist would be a prominent ‘talking head’, often from the fields of academia, the media or religion. In 1999, the panel was expanded to five guests, and the show experimented with ‘outsider’ figures, such as comedians, but this was quickly ditched. END_OF_DOCUMENT_TOKEN_TO_BE_REPLACED

– Labour and Tory anti-fascism is a con
– Support migrant-worker organising: no borders
– For workers’ action against racist propaganda 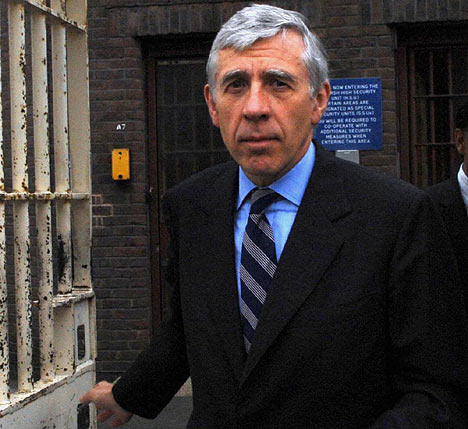 The recent row over the British National Party’s appearance on BBC Question Time displays the level of anger at the rise of the far-right party. All of us have turned out today because we oppose Nick Griffin’s racist effort to blame immigrants for all of society’s ills, including the economic crisis, and do not want his rubbish to gain more of an audience. But given the level of establishment racism, a campaign to defend immigrants must not stop at mere anti-BNPism, nor can the growth of the far-right be stopped by appealing to the existing authorities to silence them. END_OF_DOCUMENT_TOKEN_TO_BE_REPLACED