Last month, the Marx Memorial Library hosted a talk called “Rimbaud and the Paris Commune”, given by the latter-day “decadent” poet Sebastian Hayes. Hayes – whose qualification to talk about the revolutionary aspects of the poetic imagination didn’t amount to much more than having apparently hung out in Paris in 1968 – seemed to know little about Rimbaud, nothing about the Paris Commune and even less about Marx. 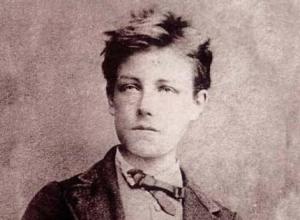 The most memorable part of the evening was his suggestion that Marx’s definitive account of the Commune, The Civil War in France was ‘not worth reading’ because it contains ‘too much detail’. It was also surprising to hear his claim that there had been no uprisings in France since 1968: presumably the riots in 2005, or indeed last month’s strikes – still going on while he was speaking – were not ‘poetic’ enough for him. END_OF_DOCUMENT_TOKEN_TO_BE_REPLACED

The Paris Commune of 1871 was the first working-class revolution in history. With the French capital surrounded by the troops of the newly founded German Empire and the ruling-class government in Versailles presiding over military and economic chaos, the Parisian population overthrew the state apparatus and created a revolutionary government. The Paris Commune comprised diverse political forces, from radical plebian French nationalists aspiring to complete the 1789-93 revolution; to communists and anarchists: but its democratic way of organising and splitting of the army meant it represented what Karl Marx called in his first draft of The Civil War in France “a revolution against the state as such“. 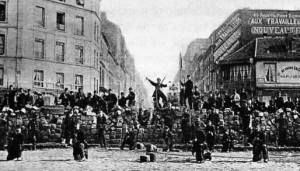 The Commune’s new pamphlet features a chapter from Marx explaining how the revolution came about and its significance; and the reproduction of the text of a pamphlet by libertarian socialist group Solidarity critiquing the traditional left’s claim that the Paris Commune proved the need for a vanguard party to seize state power on behalf of the masses. END_OF_DOCUMENT_TOKEN_TO_BE_REPLACED

today we have added to the ‘ideas‘ section of the website…

the solidarity group’s pamphlet on the 1871 paris commune. this compares trotsky and tales’ insistence that the communards failed because of their lack of a party unfavourably to karl marx’s civil war in france, which makes no such argument; and furthermore celebrates this great display of working class insurgency from below.

we also feature an article by david broder on the organisation of education under capitalism and the alienation of students, and an essay by chris ford on the relevance of the theory of state capitalism in today’s globalised capitalist economy.

the website is now accessible at www.thecommune.co.uk as well as the wordpress address.