Two events intervened just prior to my reading of Phillip Blond’s ‘Red Tory‘, which made me doubt the necessity of the exercise. The first was the publication of Jonathan Raban’s wonderfully enjoyable lampooning of it in the London Review of Books, under the title of ‘Cameron’s Crank‘. Whilst Raban is a bit hard on Blond’s writing skills (personally, I think the book is pretty well written; its more the dubious intellectualism at fault) he does a great job of cutting to heart of the parochial, nostalgic sentiment that prevails throughout. In the same issue of the LRB, John Gray reviews a book by Tim Bale on the Conservatives from Thatcher to Cameron, and concurs with Bale’s assessment that, in regard to the Red Tory retreat to socially conservative anti-liberalism, ‘Conservatism of this kind spells potential disaster for Cameron and his party.’ 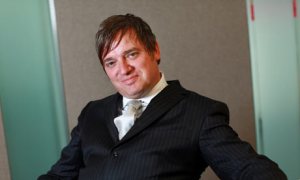 Which leads to the second point. This ‘disaster’ seems to be unfolding in front of our very eyes. With the Blond-inspired ‘Big Society’ idea apparently falling flat on the election trail, and inverse rhetoric about the ‘broken society’ also not winning over many fans, Cameron has recently decided to adopt a tougher, more conventional Conservative message, evident in the Conservative party’s billboard promising to cut the benefits of those who refuse to work. END_OF_DOCUMENT_TOKEN_TO_BE_REPLACED