Jubilant ex-Vita Cortex foam packers finally left their factory last Thursday, bringing their marathon five month workplace occupation to an end. The occupiers declared victory when their former employer – entrepreneur Jack Ronan – finally coughed up an undisclosed sum as compensation for the redundancy he had announced before Christmas. END_OF_DOCUMENT_TOKEN_TO_BE_REPLACED

Workers in 130 offices throughout the UK reacted with anger and dismay yesterday as the closure of their offices was confirmed.

The decision will affect nearly 3000 workers, some half of them being offered voluntary redundancy. Compulsory redundancy looms for those who will not, or cannot, go voluntarily. Others will be transferred to other more “strategic” offices, facing long journeys to work and vastly increased travel costs.  END_OF_DOCUMENT_TOKEN_TO_BE_REPLACED

editorial of The Commune

The message hammered home at the Labour, Tory and Liberal Democrat conferences was clear: ‘we’ have been living beyond our means and now have to accept slashed public spending to steady the ship of state. 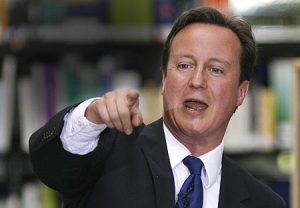 While a few months ago even the mainstream press railed against the excesses of the City of London and corrupt MPs, today their fire is directed almost solely against working-class living standards. The only questions on the papers’ and pollsters’ agenda are ‘what should be cut?’ and ‘who do you trust most to make the right cuts?’. END_OF_DOCUMENT_TOKEN_TO_BE_REPLACED

The October issue of our monthly paper The Commune is now available. Click the image below to see the PDF, or see articles as they are posted online in the list below. 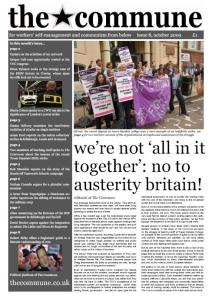 we’re not ‘all in it together’ – editorial of The Commune

update on the activities of our network

what is the london postal strike really about? – interview of CWU reps by Sheila Cohen

how we fought education cuts in tamworth – by Rob Marsden

on the necessity of pluralist communism – by Nathan Coombs

a letter from tegucigalpa: resisting the honduran coup – by a member of Socialismo o Barbarie

a beginners’ guide to cuts – by Robert Kirby

platform of our communist network

Earlier this year BMW laid off 850 agency workers at their Oxford Cowley factory. There was widespread TV coverage of a video of workers angrily rebuking and pelting the Unite union official who had kept his members in the dark—but a planned mass picket of the factory the following week flopped. Here we report on the situation seven months later. 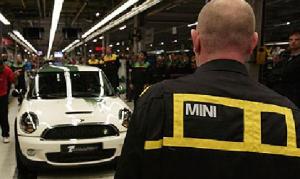 The Commune’s 23rd February report on the BMW Cowley plant lay-offs has taken a new and unusual twist with the announcement that Mini production is to be increased, ‘safeguarding’ present employment and hinting at new jobs. This news has been greeted with considerable joy by the Oxford Mail. Yet the fact is that the jobs were cut in an unthinking response to the wider economic downturn, and as was reported by The Commune at the time, this was despite the fact that Mini sales were “not falling.” END_OF_DOCUMENT_TOKEN_TO_BE_REPLACED

Workers at the Vestas wind turbine blade plant on the Isle of Wight have occupied their factory in Newport in an attempt to prevent its closure, which was scheduled for the end of this month. Their brave fight in is an example of what workers can do when they get together and take militant action to save jobs and sustainable industries.

We call upon everyone around the country to send whatever support they can to the workers at Vestas. We all have an interest in a sustainable future, and we all have a responsibility to show solidarity to workers in struggle.

We have already reported on the significance of this struggle, both in terms of its concrete objectives, and in terms of how it came about.  The occupation has occured against a background of non-unionised workers, and activists from Workers’ Climate Action appear to have made a significant contribution to the organisation so far, including introducing the idea of an occupation.

More news will follow when we have it.  A list of resources, events, and things you can to do help follows. END_OF_DOCUMENT_TOKEN_TO_BE_REPLACED

statement by the Campaign Against Immigration Controls

Following our conference today (Saturday 20th) the Campaign Against Immigration Controls (CAIC) calls for the immediate reinstatement of the workers who were sacked by Total, Jacobs and other subcontractors at the Lindsey Oil refinery in Lincolnshire last Thursday night. 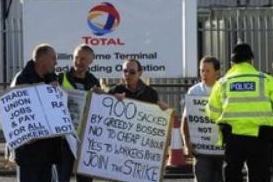 We are calling a solidarity protest at the Total headquarters in Watford on Monday 22nd June, 4-6pm. END_OF_DOCUMENT_TOKEN_TO_BE_REPLACED