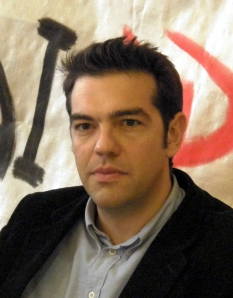 The premise of the article (‘is syriza a workers’ government in waiting?’) is whether or not SYRIZA – the coalition of the radical left, who won 27% of the vote in the Greek elections on the 17th of May – can form a ‘worker’s government’ at some point in the future. The first question which needs asking is; who is saying it can? The answer, alluded to in the article, is; ‘Worker’s Power is saying it can’. Given that this tiny British ‘post-trotskyist’ organisation has no section in Greece, and therefore no direct involvement in the movement there, this raises another question; who cares? The article falls into the trap of rehearsing old arguments (and animosities) within the British ‘Left’, rather than offering any concrete analysis of the social forces engaged in the struggle in Greece, or the actual arguments being put forward on the Greek Left.

It is notable that more time is spent discussing the declarations of the Comintern in 1922 and the Chilean coup d’etat of 1973, than the Greek situation. There is very little explanation or analysis of who SYRIZA actually are, or what their programme is. SYRIZA is, as it’s Greek name suggests, a ‘Coalition of the Radical Left’ – with, at its core, the successors to the Greek ‘Eurocommunist’ Communist Party of Greece (Interior), who confusingly, are themselves now called the ‘Coalition’ (Synaspismos). However, SYRIZA also embraces an enormous variety of Trotskyist, Maoist, Eco-Socialist and left-Reformist forces. The dominant current within SYRIZA could probably be situated, in a European context, close to the French Front de Gauche (with whom they have friendly relations) and various parties of the ‘Nordic Left’ such as the Danish Socialist People’s party.

Their programme, which the article (very) briefly alludes to, is for a renegotiation of the debt, and for pegging future debt repayments to growth, so no debt would be repaid until GDP rises substantially. There is also a strong emphasis on developing non-state parallel economic networks – outside the money economy- as SYRIZA has long-standing ties to the anti-globalisation movement and the European Social Forum, so its programme reflects this heritage. There is also a commitment to staying within the Euro, showing SYRIZA’s Eurocommunist heritage. There is therefore no claim, by SYRIZA, or anyone else with any serious weight within the organised workers or left in Greece, that its programme has anything whatsoever to do with establishing a worker’s government. Thus, it seems strange to build an analysis of the meaning of SYRIZA’s election result – the highest ever score for a left party in a Greek election – around the question of whether it could establish such a government. Unless, of course, the real point of the article is to take a swipe at Worker’s Power whilst they are undergoing another of their periodic splits.

No-one can seriously disagree that SYRIZA’s programme in itself represents a ‘Plan B’ of Keynesian investment and redistribution within Capitalism. In fact the programme was predicated on the hope that social forces and Social Democratic governments elsewhere in Europe (France, Denmark) will revive the ‘social chapter’ of European integration … a hope which appears to have been dashed by Francois Hollande’s explicit rejection of any alternative to the austerity memorandum on Greek TV three days before the election. So the article’s author is formally absolutely correct in insisting that SYRIZA’s programme is reformist, in fact none less than Paul Mason of the BBC has qualified their programme as ‘left Social Democracy’.

The fact remains that the European and world Bourgeoisie is scared stiff of SYRIZA.

Hence the torrent of veiled and open threats, scare stories about contingency plans for a Greek exit from the Euro, and Theresa May the Home Secretary reassuring us that the UK borders will be closed if Greeks start fleeing after a SYRIZA victory. So if a SYRIZA victory offered nothing at all to Greek Workers, why is the bourgeoisie so scared of them? The ultra-Stalinist Communist Party of Greece (KKE) argue that SYRIZA is simply a replacement for the left-populist ‘Socialist’ PASOK, who slumped to 10% of the vote on 6th May … part of a bourgeois plan to remodel the two party electoral circus (PASOK and conservative New Democracy) who governed Greece as a duopoly from the end of Fascism in 1974 to the present crisis. If this was so, why has every bourgeois politician, government and media outlet in Europe been doing everything they can to keep SYRIZA out of power?

The question is whether the real issue in the here and now is whether SYRIZA offers a ‘worker’s government’ – it doesn’t, if I haven’t been clear enough already – or whether it nonetheless, within the limitations of its reformist programme, represents a challenge to the dominant neo-liberal model which is currently unacceptable to the world bourgeoisie. Here I would part company with the article’s dismissive rhetoric, and argue that it does.

Why? Because SYRIZA’s programme rejects the premise that austerity and privatisation are inevitable consequences of the ‘crisis’. This may be modest, but we are not in 1922, or in 1973. Under the current neo-liberal hegemony, even the suggestion of a reformist ‘Social State’ is a radical one, which pushes beyond the narrow limits the world’s masters have set to what is possible. SYRIZA also provides a focus for an anti-austerity movement in Greece which is demoralised and divided, and has been failed by both the passivity of the KKE, (which simply re-iterates the need for revolution and waits for workers to follow it) and the street-fighting fetishism of the anarchist groups. And beyond the organised left, it has given a coherent expression to the rejection by the overwhelming majority of Greeks of the austerity memorandum – which in effect makes Greece an EU ‘neo-colony’ – in a way no-one else, either on the left, or on the populist right, has been able to do.

To conclude, the final paragraph of the article conflates, I would argue, two separate things; ‘supporting the reformists in government (only) insofar as they conduct a real struggle against the bourgeoisie’ and the ‘illusion of a worker’s government’. Again, the latter – a ‘worker’s’ government – seems only a concern for Worker’s Power. Let’s leave them to their private grief as they suffer (yet another) split. But why does critical support for SYRIZA whilst they collide head on with the dominant neo-liberal faction of the world bourgeoisie after (theoretically) winning an election have anything to do with illusions in a ‘worker’s government’? It doesn’t. And such critical support is what communists should indeed give SYRIZA.

View all posts by Mark

7 thoughts on “the greek elections, ‘workers’ governments’ and the radical left”