An ex-fundraiser recounts life working in the charity sector, where employers’ ‘ethical credentials’ are far from the reality

As a bête noire of the mainstream media, right-wing and liberal alike, street and door-to-door charity fundraising is something that has had a lot of column inches and broadcast time devoted to it over the last few years. Unsurprisingly this coverage has almost exclusively sought to lump together workers with their employers and paint a picture of one homogenous group of ‘chuggers’ (charity muggers) collectively scamming charities and donors out of money. 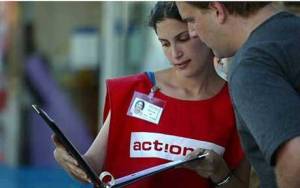 With the vast majority of fundraisers aged between 18 and 30 and either without qualifications, or working the job to pay for studying, the image the media have sought to create neatly fits into both the on-going campaign of media hate directed at working-class youth, and populist rhetoric that portrays bankers, public sector workers and benefit claimants as somehow collectively conspiring to rob the rest of the country.

END_OF_DOCUMENT_TOKEN_TO_BE_REPLACED

Joe Thorne looks at the history of the “workers’ inquiry” idea: from Marx, to Italy in the 1960s, to the present day.  This fairly long article touches on debates amongst those influenced by operaismo about how we should relate to the modern workplace.

The point of these notes is: to understand what the term ‘workers’ inquiry means; to argue that it has come to mean at least two different things; to characterise the political objective of these different projects; and to evaluate both the importance of those objectives and how well they are met by the methods in question.  The point is to articulate what place I believe the inquiry ought to have in the ideas and practice of revolutionaries.  It will also say something about research into class composition more generally. END_OF_DOCUMENT_TOKEN_TO_BE_REPLACED

Sharon Borthwick reviews Rivethead, a ‘book of tales from the assembly line’

Revealing a talent for writing poetry at school does not relieve Ben Hamper of his birthright.  Duplicating his father and his father’s father he awaits, ‘to be pronounced fit for active drudgery’ by the medics. It wasn’t the plan. As a child at factory open days, he bore witness to his father’s crappy lot at the General Motors plant in his hometown of Flint, Michigan. But failed stints at other ventures led him through GM’s grounds, past the barbed wire. Later a fellow “prisoner” becomes absorbed by the fact that the wire faces inwards, ‘the security is to keep us in!’

Other means to incarceration are the good wages, ‘that pay stub was like a pair of concrete loafers.’ Not that the security lasts, the men are regularly laid off due to economic downturns, though Jimmy Carter tops up their dole packets to the extent they can make light and even party right in the face of unemployment. Not so in the Reagan years, of course. Back at the plant amidst the noise,’very close to intolerable’ and the heat,’one complete bastard’, the men are ground down by still more humiliations. ‘Quality’ becomes the company’s new byword and a man donning a cat costume becomes quality’s personification. END_OF_DOCUMENT_TOKEN_TO_BE_REPLACED

A working paper for our 11th September assembly examining communist potential within the crisis and challenges for revolutionaries.  All are welcome to the event – click here for more details.

The following notes are an individual contribution, they are not particularly sharp or structured, neither are they too funky in style. Nevertheless, they might help as a general ‘point of reference’ for the debate at the conference trying to phrase some thesis about how the ‘different class aspects’ (workplace, migration, university) are related both in terms of ‘class struggle’ and in terms of ‘crisis impact’. The social experience present at the conference will hopefully contribute to this open debate. 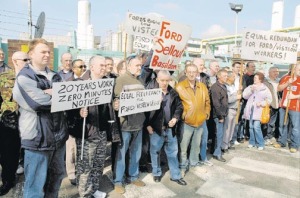 We start with looking at the ‘communist potential’ of this crisis and how the main problem for capital is to disguise the ‘abundant productive core’ of the crisis by segmenting the social cooperation of global labour. We then summarise some of the concrete crisis-induced changes in the different spheres of class. We end with a short polemic about the current stage of the left and challenges for working class revolutionaries. END_OF_DOCUMENT_TOKEN_TO_BE_REPLACED

The Commune are hosting an assembly on Saturday 11th September, debating the effects of the crisis, the existing resistance and the questions it raises regarding how we organise. We have now filled in more of the timetable and blurbs for workshops, see below. 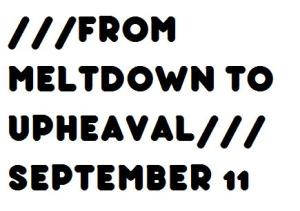 All welcome. We will be soliciting and publishing local and industry-specific reports in the lead-up to the event, see below for examples and see here for the questionnaire. Workshop details below, followed by timetable. The event is from 10am on Saturday 11th September at LARC, 62 Fieldgate Street, London E1 (Aldgate East tube). END_OF_DOCUMENT_TOKEN_TO_BE_REPLACED

Written for debate at The Commune’s assembly on September 11th 2010 in London. 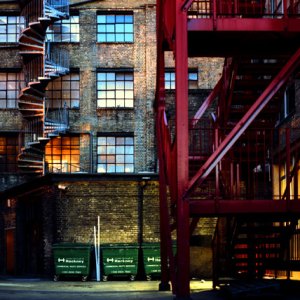 END_OF_DOCUMENT_TOKEN_TO_BE_REPLACED

Here follows a report about working at Hackney Street Cleansing Department – waste collection and street sweeping –  as part of the preparation for the ‘From Melt-Down to Upheaval’-Assembly of ‘The Commune’ in September 11th 2010 in London. For details of the meeting click here. 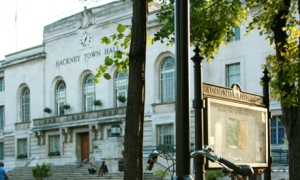 The scope of the report is limited in itself, a work-place story. Nevertheless, looking collectively at these ‘individual experiences’ and to debate the common tendencies is a necessary step if we want to go beyond lefty campaigning and preaching. Working at the depot de-constructs certain myth about the ‘monolithic public sector’, which is currentlly undermined by private contracts, agency work and day labour.

While unions and the left focus on certain ‘issues’ (single status agreement etc.), the actual conflicts evolve around the question of work-intensification and work-force re-composition. While the left still sees the union as the main door-knob for getting in touch with ‘the working class’, the influence of the union is rather limited. END_OF_DOCUMENT_TOKEN_TO_BE_REPLACED