As women footballers were getting ready to unofficially kick off the London Olympics, the Public and Commercial Services (PCS) union general secretary was preparing to bow to ruling class pressure, and call off a strike of workers in the Border Agency, Criminal Records Bureau, and the Identity and Passport Service. In doing so, darling of the fake left Mark Serwotka was setting the seal on years of collaboration between union officialdom and the London Olympics authorities.

Tomorrow’s aborted strike was originally called as part of a dispute over 8,500 Home Office jobs the PCS say are at risk as a result of government cuts. Had the walkout gone ahead, it would have caused some disruption to last minute Olympics preparations, particularly with spectators, athletes and others in their entourages still arriving in the country.

Serwotka faced a storm of pressure from the right wing abuse over the strike, with the usual papers seizing on the opportunity to bash the supposed “arrogance” of workers choosing to withdraw their labour at a time when it might have most impact. As could be anticipated, the media ‘debate’ weighed heavily on the ‘national pride’ side of the Olympics, and against working class consciousness. END_OF_DOCUMENT_TOKEN_TO_BE_REPLACED

Spanish miners are now a month into action against the Popular Party government, and behind them the international banking aristocracy, as they demonstrate against 60% cuts in subsidies, which are expected to result in the loss of 40,000 jobs. END_OF_DOCUMENT_TOKEN_TO_BE_REPLACED 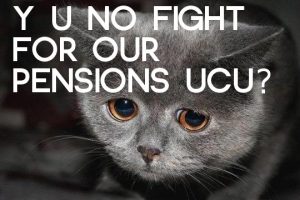 We got notice of the 10th of May strike on a Friday afternoon ten days before, in the middle of an emergency meeting about redundancies. The first response was “They have got to be fucking kidding.” There was a general expression of dismay and disbelief. So what is the problem? Why weren’t we pleased about being called out? END_OF_DOCUMENT_TOKEN_TO_BE_REPLACED 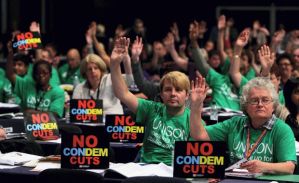 Yet another pricey, “academic” book – but one with an interesting message. In New Trade Union Activism Sian Moore, who teaches trade unionists at London Metropolitan University’s Working Lives Research Institute, examines the increasing – and, to some of us, questionable – phenomenon of new forms of worker representation. By contrast to the staunch shop steward of the past, who simply took on whatever problems the daily toll of workplace exploitation threw up, the last ten years or so have seen the growth of specific “reps” for apparently every conceivable contingency – learning reps, equality reps, environmental reps, etc., etc. END_OF_DOCUMENT_TOKEN_TO_BE_REPLACED

It was generally agreed by participants that the third Global Commune event, jointly hosted by the Republican Communist Network (RCN) and the commune, on Saturday, January 29th, was a very worthwhile day. Writes Allan Armstrong.

Once again, the event was held in the ‘Out of the Blue’ Centre in Leith (Edinburgh) and involved, as well as the organising groups, members of the Independent Workers Union (IWU) in Ireland, the Industrial Workers of the World (IWW), Permanent Revolution, the Autonomous Centre in Edinburgh (ACE), current and ex-members of the SSP, and the Anarchist Federation. END_OF_DOCUMENT_TOKEN_TO_BE_REPLACED

The third Global Commune event, jointly sponsored by the Republican Communist Network and The Commune, asks the question – “Trade unions – Are they fit for purpose?” A number of different approaches to organising workers will be discussed in workshops over the day. All welcome: registration 10.30 for 11.00-16.30 meeting, at the Out of the Blue Centre, Dalmeny Street, Leith, Edinburgh. END_OF_DOCUMENT_TOKEN_TO_BE_REPLACED

Gregor Gall, professor of Industrial Relations at the University of Hertfordshire, explores the difficulties of forming alliances and coalitions to fight the cuts. 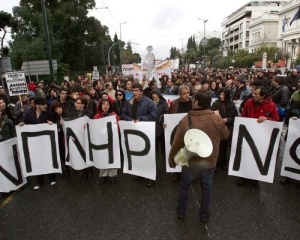 In previous articles for The Commune, I laid out the arguments for, and problems and challenges contained therein, in constructing civil alliances between the providers (via unions) and users of the services in order to oppose cuts in and privatisation of public services. END_OF_DOCUMENT_TOKEN_TO_BE_REPLACED

editorial of The Commune

As the general election nears, millions are worried by the sweeping public sector cuts planned by all three main parties. 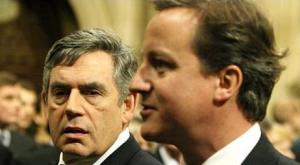 Labour and the Tories’ plans are not the same. Gordon Brown’s government plan a more gradual process of cuts in public service provision and jobs.

However, the intention of this policy is to avoid stalling UK plc’s economic recovery by cutting the budget deficit too fast. It is not borne out of a desire to defend or promote free and high quality public services, still less the jobs of those working for them. Labour’s cuts will not seem too benign or ‘gradual’ to the 20,000 council staff due to be made redundant this spring. END_OF_DOCUMENT_TOKEN_TO_BE_REPLACED

The February issue of our monthly paper The Commune is now available. Click the image below to see the PDF, or see articles as they are posted online in the list below.

To purchase a printed copy for £1 + 50p postage, use the ‘donate’ feature here. You can also subscribe (£12 a year UK/£16 EU/£20 international) or order 5 copies a month to sell (£4) online here. If you want to pay by cheque, contact uncaptiveminds@gmail.com. END_OF_DOCUMENT_TOKEN_TO_BE_REPLACED

The next of The Commune’s series of London public forums will explore the themes raised by the coming general election campaign. The first such meeting will review the class struggle in the era of the New Labour government. What were the successes, what opportunities were missed, and how will we resist the post-election ruling class onslaught? 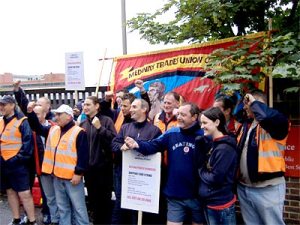 The next of our London reading groups on workplace organising and trade union theory takes place on Monday 25th January. We will be looking at the 1960s-70s upsurge in the labour movement in the UK and the “limitations of corporatism”. 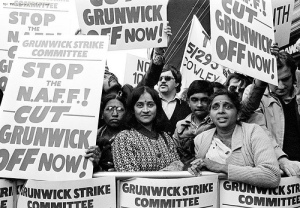 The meeting takes place from 7pm at the Artillery Arms, 102 Bunhill Row, near Old Street. See below for the recommended reading material and the questions for discussion. END_OF_DOCUMENT_TOKEN_TO_BE_REPLACED

The next of our London reading groups on workplace organising and trade union theory takes place on Monday 25th January. We will be looking at the 1960s-70s upsurge in the labour movement in the UK and the “limitations of corporatism”.

The meeting takes place from 7pm at the Artillery Arms, 102 Bunhill Row, near Old Street. See below for the recommended reading material and the questions for discussion. END_OF_DOCUMENT_TOKEN_TO_BE_REPLACED

A piece by Clifford Biddulph, part of a debate on the TUC 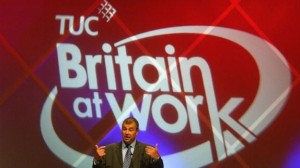 When the Communication Workers’ Union executive unanimously called off the postal strike on the government’s terms without an agreement,  the continuing success of the employer’s neoliberal offensive  was due in no small measure to the behind the scenes role of Brendan Barber and the Trades Union Congress. Barber had previously played a part in encouraging the CWU leadership to accept the ‘modernisation’ – or neo liberal – agenda in principle. The leader of the TUC was not acting as an advocate of the trade union movement or the interests of workers but as a servant of the state. Tony Blair once described the leader of the TUC as a government colleague. END_OF_DOCUMENT_TOKEN_TO_BE_REPLACED 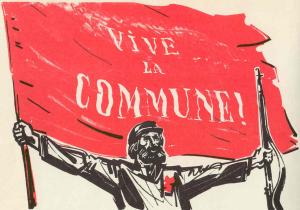 The Commune held its quarterly national aggregate on 12th December. The first item on the rather packed agenda was a discussion on the organisational principles of the network (see the paper here). The meeting re-affirmed the pluralist nature of the group. It was agreed that members should encourage diversity by embracing different ‘schools of thought’ that were compatible with our platform. The Commune had members who were influenced by various Marxisms and non-Marxist thought, so it would be wrong to characterise the Commune as belonging to a specific tradition. Meaningful pluralism has been rare in the history of the communist movement which has too often been ridden by factionalism and fragmentation. Members are communists who recognise that communism is a movement from below and not a bureaucratic imposition on workers self-organisation. However, it was recognised that there was a need to clarify what communism meant as a specific form of society and that more theoretical analysis of this was required. END_OF_DOCUMENT_TOKEN_TO_BE_REPLACED